The Dangers of Christian Zionists: Conversation with Mel White 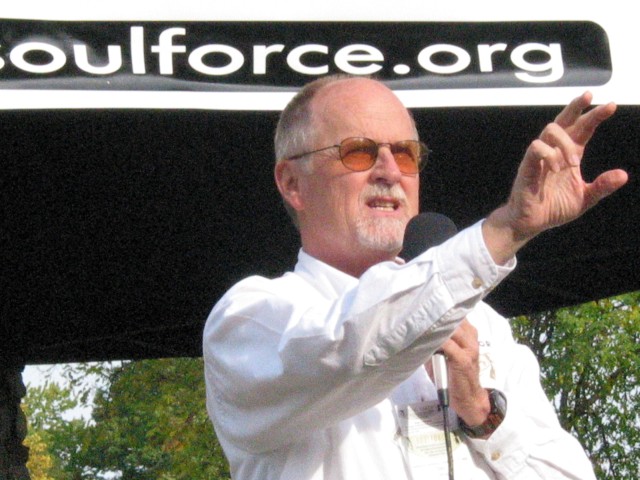 The Rev. Dr. Mel White, a co-founder of Soulforce and author of Religion Gone Bad, talks with Rabbi Haim Dov Beliak of JewsOnFirst about Christian Zionists — and in particular Rev. John Hagee, the leader of Christians United for Israel.

White spent years working for some of the biggest names on the religious right before coming out as gay. He attends the church of one of his former employers, Rev. Jerry Falwell, where he has seen Hagee preach.

White sums up Hagee's hawkish position on Israel: Jews and Palestinians "can't reconcile because God wants that part of the world to burst into flames," presaging the return of Jesus. White also notes that Hagee is connects a personal prosperity gospel to the passage in Genesis in which God promises to bless those who bless Israel.

Later in the conversation, White and Beliak discuss how fundamentalist leaders like Hagee work under our radar to reach millions attuned to their message.

This is JewsOnFirst's second conversation with White. Click here for his discussion about televangelist Pat Robertson's predictions of a terrorist attack.