"Sex Ed is a Mitzvah," a panel discussion hosted by Temple Shalom in Chevy Chase, Maryland and NARAL Pro-Choice Maryland, was, its puckish title notwithstanding, a serious response to efforts by fundamentalist Christians to control the sex education curriculum in the local Montgomery County school district. The December 4, 2005, discussion focused as well on Jewish values related to educating about sexuality.

The struggle over the sex education curriculum in the county, a suburb of Washington, DC, began in 2004 when 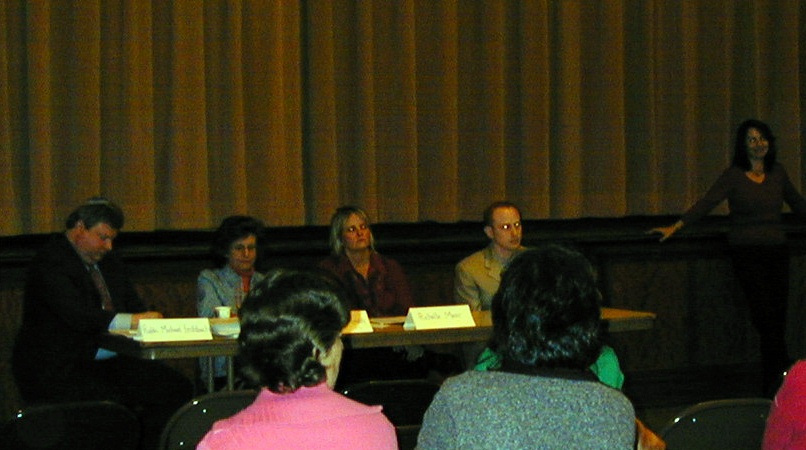 religious right activists went to court to stop implementation of a new sex education program. Richelle Meer, one of the panelists at the Temple Shalom program, said school boards around the country are closely watching what's happening in Montgomery County - and one Maryland county has delayed revising its sex ed curriculum.

In lead-off remarks, Rabbi Michael Feshbach, Temple Shalom's senior rabbi, said that in that Reform congregation they endeavor to "teach our children and adults to be serious, liberal, modern, religious Jews." Where sex education is concerned, he said, they combine traditional and modern values and "build a bridge between sexuality and theology." For example, Feshbach pointed to the origin of the prohibition on premarital sex in an age when marriage occurred near puberty. "Nobody envisioned 20 years of post-puberty single status," said Feshbach. A new temple program guides teens to appropriate, non-exploitative sexual expression.

Richelle Meer, a member of Temple Shalom and parent of Montgomery County students, represents Naral Pro-Choice Maryland on the Citizen Advisory Committee. The Montgomery County Board of Education selected committee members from a pool of applicants to review the replacement sex ed curriculum. This is, Meer specified, the second Citizen Advisory Committee; its predecessor advised on the curriculum that two Christian fundamentalist groups stopped with a court order.

The fundamentalists objected to a video that used a cucumber to demonstrate putting on a condom. According to Meer, they also objected to teacher-led discussions of alternative lifestyles (meaning homosexuality). "Currently," she said "[teachers'] hands are tied, unless a question is asked."

Despite Montgomery County's well-deserved liberal reputation, the Christian fundamentalists, operating as Citizens for a Responsible Curriculum (CRC) and PFOX (Parents and Friends of Ex-Gays and Gays) are making inroads, Meer said. They pack the Board of Education meetings and, finding no opposition there, are "pressing the board" to talk about their issues. 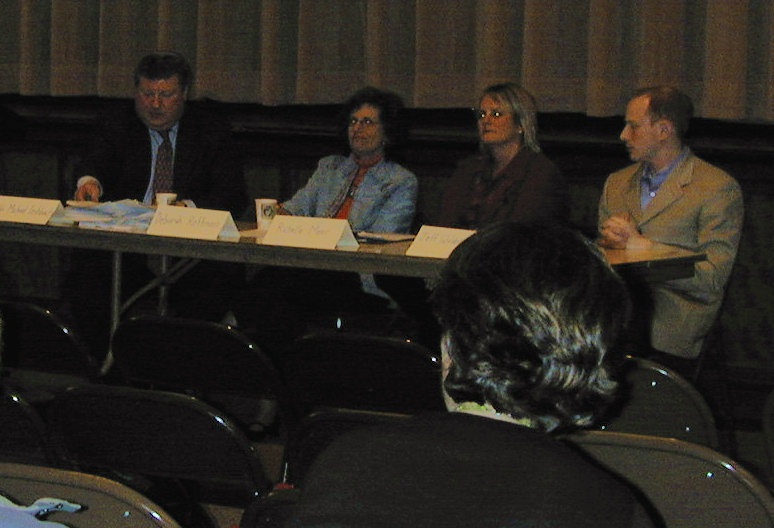 According to Meer CRC and PFOX get funds from Jerry Falwell's Liberty Foundation, and leadership from Peter Sprigg, senior director of policy studies at the Family Research Council, a leading right-wing fundamentalist organization. They also have a representative on the advisory committee and are planning to run a candidate for school board.

Panelist Deborah Roffman, a sex educator for three decades, noted that the religious right has been targeting sex education since the 1950s, when they called it a "commie plot." She said, "they set up false dichotomies and demonize," calling proponents "promiscuity promoters" and "condom pushers."

Years ago, the religious right wanted to keep sex ed out of the schools, said Roffman. "Now they want it in the schools, but controlled by them." She said the fundamentalists are advocating funding for abstinence education and books. "This is about chastity," she said. "It's religion called by another name in our public schools."

Meanwhile, she said, the nation is "made vulnerable because of the abdication of responsibility for sexuality education" that serves young people's needs. "If sex ed is a mitzvah," concluded Roffman, "then advocating for it is an even bigger one."

Panelists and some audience members urged people to mobilize to attend board of education meetings and sign up to speak. Panelist Jeff Waldstreicher, co-chair of NARAL Pro-Choice Maryland, advised potential speakers: "Don't shy away from their language of responsibility and accountability."

The Citizen Advisory Committee is scheduled to review the school system's draft recommendations on the curriculum and instructional materials in February; the Board is expected to consider their recommendations in March. But no one at the Temple Shalom discussion expected that to be the end of the struggle. The side that loses is certain to sue.