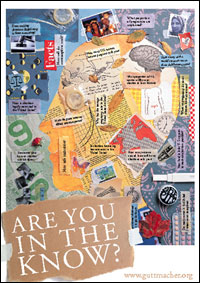 The same week that South Dakota's extreme anti-abortion bill hung between the state legislature and the governor's pen, the Alan Guttmacher Institute, which specializes in reproductive health issues, released a massive study showing that abortion rates rise and fall in synch with the availability of family planning services. Nevertheless, with the exception of the Washington Post and the Seattle Post-Intelligencer, the report got astonishingly little national coverage.

From the Guttmacher Institute's news release, its study, and the Washington Post report, we learn that states which fund programs to make family planning services widely accessible had lower rates of unplanned pregnancies -- and women having abortions. In recent years, many states cut back on these programs, making poor women and girls more likely to have unintended pregnancies. Meanwhile, the religious right is aggressively campaigning both to end the availability of abortion and to limit access to contraception.

Newspapers in a number of states published reports on the Guttmacher study.

Click here for the news release, which has links to the study.