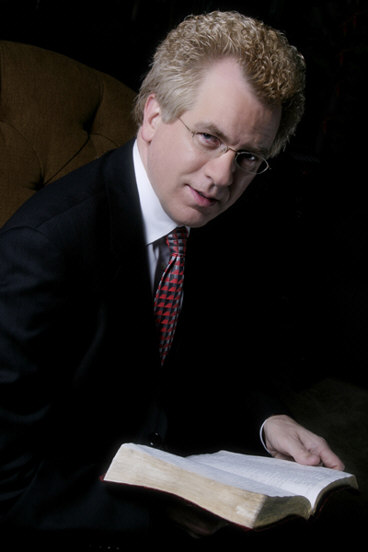 A Florida televangelist whose attack on presidential candidate Mitt Romney's Mormon faith as satanic sparked a watchdog complaint last month has again used his tax-exempt ministry to electioneer against Romney. The new attack came in a television program entitled "Mr. Romney, show me your underwear!"

On May 11, Televangelist Bill Keller warned readers of his Daily Devotionals that a vote for Mormon Mitt Romney is "a vote for Satan." Keller called Mormonism a cult and its founder Joseph Smith a "murdering polygamist pedophile." He said "Romney getting elected president will ultimately lead millions of souls to the eternal flames of hell!!!"

Showing himself to be an equal-opportunity bigot, Keller wrote: "Having Romney as President is no different than having a Muslim or Scientologist as President."

In reaction to that devotional, Americans United for Separation of Church and State asked the Internal Revenue Service to investigate Keller's use of his tax-exempt ministry organization for political purposes.

Keller laughed off the prospect of an IRS probe, and on June 21st repeated his attack on Romney's candidacy and the Mormon religion, this time on his daily Liveprayer television program.

During the program, Keller called Mormonism and Islam "false religions."

He conducted the program wearing white underwear over a black bodysuit. He said his garb was "magical Mormon underwear" worn by "Temple Mormons" who believe it protects them from harm.

Keller repeatedly called Mormonism a cult whose adherents were hellbound. When Mormons phoned in to protest his statements, he hung up on them.