This report updates last week's report on legislation mandating a Bible studies elective in Texas public schools, which you can find here. 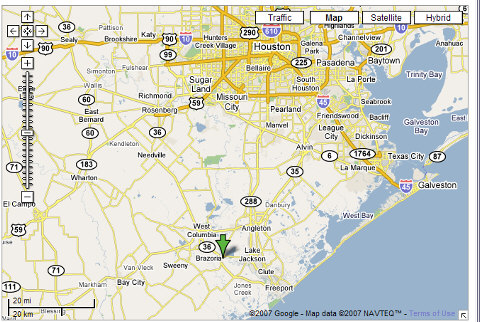 Amid a surge efforts by elected officials in Texas to legislate religious (read fundamentalist Christian) measures, the small city of Brazoria is organizing Texas cities to reinstitute prayer in the schools.

On the state level, committee hearings on legislation mandating a Bible studies elective in Texas public schools (on which we reported last week), resumed on April 12th to hear testimony from Jewish witnesses who were unable to testify at a hearing scheduled during Passover. You can read excerpts of their testimony in the sidebar accompanying this report.

You'll find links to the minutes and witness list here. You can watch a video recording of the hearing here. Details about the bill, HB 1287, are here.

The education committee did not vote to send the bill to the floor. In fact, a Houston Post editorial quoted the committee chair saying that the bill "didn't have a prayer" of getting out of his committee.

Turning back the clock
The editorial reproached the bill's author, Rep. Warren Chisum, for legislation diminishing church-state separation. Chisum got the paper's attention with his sponsorship of a bill that would turn back the clock on no-fault divorce.

In February Chisum circulated a memo to all his colleagues condemning evolution as a long-secret Jewish religious text.

Chisum is co-author of a bill (HB 3678) that purports to ensure students' religious expression at public schools. The bill sets up a "limited public forum" for students to express religious viewpoints. Texas Governor Rick Perry held a news conference endorsing the bill and a House committee passed it unanimously last Thursday.

Brazoria Mayor Ken Corley
Meanwhile, the Brazoria City Council has passed a resolution calling for a return of organized prayer to public schools. Brazoria is a small city south of Houston.

In a telephone interview today, Brazoria Mayor Ken Corley said the council passed the resolution because "morality has been dropping" and "we wanted to show support for prayer. It's so difficult to raise children now."

Corley said that Brazoria has emailed the non-binding resolution to every city government in Texas in the hopes that they will pass it too. He said the city has already had calls of support from "a lot of church groups."

He acknowledged that calls for reinstituting school prayer are associated with religious right organizations, but said that he is "open-minded." He pointed to a rotation of clergy he's set up with the local Interministerial Alliance so area clergy take turns saying the opening prayer at City Council meetings. "Nobody has ever objected," he said.

Asked how mandatory school prayers would be organized so that Jewish children and other religious minorities did not feel excluded, Corley offered several suggestions, such as "open prayer" and teachers taking turns leading prayers.

He ruled out silent prayer, because he says too many people spend the time chatting. Finally he said, "It's going to be difficult at first, but I know we can find a way."

Corley said the prayer campaign is an outgrowth of an unsuccessful (but widely reported) effort earlier this year to ban the use of the "N-word" in town. The word ban was aimed at countering the influence of rap music on young people.

Corley expressed hope that Brazoria's campaign to reinstitute school prayer will give young people an alternative to rap and hip hop culture. Noting that some parents have no involvement with a church, he said school prayer would be "the only opportunity [their children] have. This might bring them closer to religion."

On April 12th the Texas House Committee on Public Education reopened hearings on HB 1287, which mandates elective Bible studies courses in the state's public schools. We have transcribed a bit of the testimony from the video of the hearing, which you can find here.

Jan Soifer, Chair of Community Relations Council, Jewish Community Association of Austin: "We oppose Bill 1287 bill. We have no problem teaching about religion. We are advocates for religion, but we believe that religious communities such as our thrive because, as a minority, we have constitutional protections for religion. We have no problem teaching comparative religion. That, we believe, creates greater awareness. But Bible is another matter. It immediately asks the question: whose Bible?...

"Again we have no problem teaching about religion but think this demands teacher training which is not included in this bill."

Paul Colbert, testifying on behalf of the Southwestern Region of the Anti-Defamation League: "I'll echo what Jan Soifer said in favor of spreading religious knowledge, especially beyond the Judeo-Christian world, about all religions, comparative religions. Our lack of understanding of the Judeo-Christian world is a problem. We need to understand other religious heritages of other cultures, especially in our global economy. This bill is too narrowly drawn, far too narrowly drawn for our real needs.

"This bill impermissibly tangles religious instruction [and]... forbids us from having any of the safeguards. A Texas senator last week didn't participate in a prayer because it conflicted with his beliefs. Imagine a teacher or student who might be faced with a similar situation...

"We are ending up wasting tax dollars because of the suits that will be engendered...

"We are creating unfunded mandates and we for sure will not have properly trained teachers."