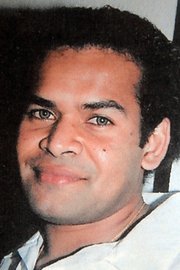 The Sacramento District Attorney has charged two men involved in last month's fatal assault on Satender Singh. One of the suspects faces a manslaughter charge and both are charged with committing a hate crime, confirming witness accounts that the assault was motivated by hatred of gays.

Singh (pictured here), an East Indian immigrant from Fiji, was 26 when he was felled in the unprovoked attack.

As local community leaders had anticipated, the alleged perpetrators are from the Sacramento area's Slavic immigrant community which has become identified with militantly anti-gay Christian fundamentalism, although it is not yet known whether they themselves are affiliated with a church or organization that has been involved in intimidating demonstrations against gays and lesbians.

Andrey Vusik, who threw the fatal punch fled to the former Soviet Union soon after he felled Singh at a public picnic area on July 1st, according to the Sacramento Sheriff's Department. The Sacramento District Attorney has charged Vusik with involuntary manslaughter.

Manslaughter charges explained
District Attorney Jan Scully explained in a statement issued yesterday that Vusik is charged with manslaughter rather than murder because "the evidence does not show he had any intent to actually kill Satender Singh, and the act he committed (a single punch with a fist), while violent, does not demonstrate a willful and conscious disregard for human life at the level necessary to prove malice."

The second defendant, Aleksandr Schevchenko, is charged with committing a hate crime and was scheduled to be arraigned this afternoon.

The scenario Scully described in her statement closely follows earlier reports about the circumstances of the assault.

Around 8:00 p.m., Singh’s group prepared to leave the park. Vusik and Schevchenko approached Singh’s group, which was sitting at a picnic table. They demanded an apology from Singh, which Singh refused to give. Vusik then threw a cup of beer into the face of a member of Singh’s group, and threw one punch at Singh, hitting him in the face. Singh fell over backwards, hitting his head on a concrete walkway. Vusik and Shevchenko ran from the scene. Singh suffered a brain injury and was pronounced dead on July 5.

If convicted, Vusik could get eight years in prison; Shevchenko, whose bail is reportedly set at $25,000, could get three years.

Neither man has any prior arrests, according to a spokesman for the Sacramento County Sheriff's Department, Sgt. Tim Curran. 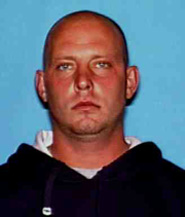 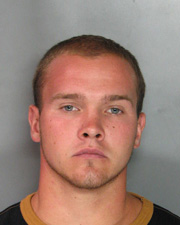 Uncertain prospects for extradition
Despite reports that local authorities have spoken with Vusik, Curran said they were "no nearer to arresting him."

Vusik's exact whereabouts in the former Soviet Union are not known, Curran told JewsOnFirst. Some countries of the defunct superpower have extradition treaties with the United States and some do not, Curran said, confirming a report that the county has asked the FBI to assist in apprehending Vusik.

JewsOnFirst was told by knowledgeable sources in Sacramento that Vusik is believed to be in Russia or Ukraine. One of the sources said Vusik fled the country out of fear after early media reports suggested that the sentence for killing Singh could be 25 years.

Gay and lesbian communities encouraged
Sacramento's LGBT community and their supporters are encouraged by the identification of the suspects and the apprehension of Schevchenko.

Dr. Darrick Lawson, president emeritus of the Stonewall Democrats of Greater Sacramento who spoke with JewsOnFirst last month about the charged situation created by the militant Slavic evangelical Christians, said today, "We're very happy with the conclusion" of the investigation.

"For people who do activist work," continued Lawson, "this is the kind of experience that makes it all worth it."

Lawson also said that, as a result of Singh's killing and the investigation, the Sheriff's and District Attorney's offices have made commitments to take a more active role with the Slavic militants, "to calm their activity down."

He said he hopes the intervention will have some effect on the Slavic militants' behavior at the upcoming gay and lesbian film festival.

Stella Levy, who wrote a column posted as part of last month's report, also welcomed the week's developments. "It's good for the Singh family, and hopeful," she said.

However, Levy said, she still has questions about "whether the perpetrators were tied to the Slavic evangelical Christian movement" that has been harassing the LGBT community.

Unanswered questions about suspects' affiliations
Levy said she had found a clue pointing to affiliation in today's Sacramento Bee's interview with Andrey Vusik's wife, who told a story of events at Lake Natomas that differs markedly with that set out by the District Attorney.

In the interview, Tatyana Vusik insisted that Singh provoked her husband, and that he acted in self defense. (She also said that he went abroad to conduct his business of exporting cars and that she talks with him regularly.)

What caught Levy's eye, was Tatyana Vusik's justification for Andrey's approach to Singh and his group: Vusik said she saw Singh and his friends dancing "provocatively" and two men kissing. Then she stated, as if it explained everything: "We are a Christian family."

Said Levy: "She made that point, that 'we are a Christian family.' It's a fair guess that they are affiliated with the Slavic evangelical Christian movement."

Sgt. Curran said the Sheriff's Department has not been able to determine whether Vusik or Schevchenko are involved with anti-gay churches or groups.

He also could not say whether the Singh killing and stepped-up interaction with the Sheriff's department has subdued the Slavic anti-gay activist groups. He said he believed they were quieter at this year's Youth Day of Silence -- held before the fatal assault on Singh -- than in 2006.