Christian right does not have the brains to govern, a founder of movement says 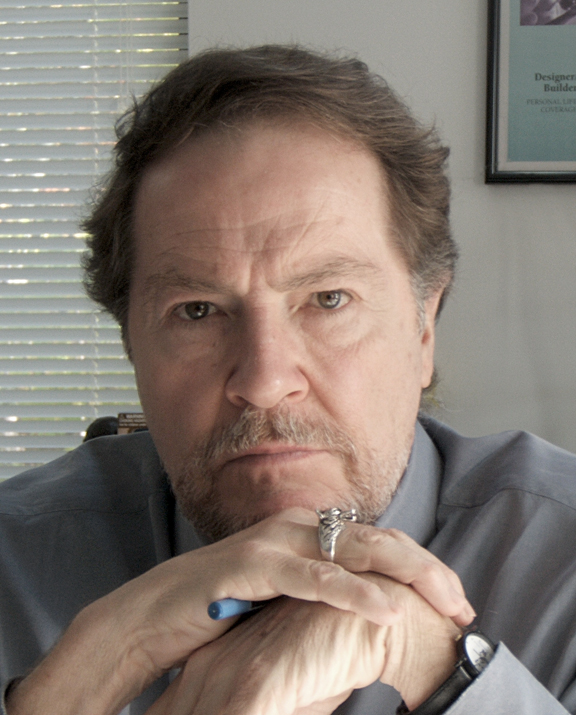 When I read John Whitehead, the president of the Rutherford Institute, writing that "the Christian Right has used religion like a sledgehammer to beat down its opponents," and that its activists were "seduced by political power," I had to know more.

The Rutherford Instititute, which represented Paula Jones in her sexual harassment case against President Bill Clinton, has been associated with the religious right. Rutherford won the court decision requiring elementary schools to host teacher-led after-school fundamentalist Good News clubs. The institute is representing a New Jersey high school coach suing to participate in his team's "student-led" prayer (more here). Its website lists other cases in which it is defending or promoting sectarian religion in public settings.

So why was Whitehead, writing in Liberty Magazine, criticizing the Christian right for casting its lot with the Bush administration? "In the process of seeking policy outcomes and funding for faith-based initiatives," he wrote, "Christian activists were seduced by political power to such an extent that the gospel of Jesus Christ has been held hostage to a political agenda."

I requested an interview to discuss Whitehead's essay in Liberty, entitled "The Decline of the Christian Right." He granted my request, and we talked by telephone on January 3rd.

Regarded as a "traitor"
He described himself as a founder of the Christian right who became disillusioned with its agenda and some of its leaders. "I'll be honest with you," he said. "It was like waking up after a three-day drunk."

Movement leaders such as James Dobson of Focus on the Family now regard him as "a traitor," Whitehead told me.

Whitehead termed George Bush, elected as the candidate of the religious right, "the worst president" we've ever had.

"Be wary of people in power who say they hear from God," Whitehead said in the interview. "I'm a Christian, and I don't think that God talks to people."

In his Liberty essay Whitehead said the Christian right's involvement with politics and government had produced a backlash. He urged Christians to stay aloof from government and instead, to speak truth to power.

In the interview he elaborated on speaking truth to power, giving the example of the preaching of Rev. Martin Luther King, Jr., and the encounter of Jesus with Pontius Pilate, the Roman governor. "Jesus stood before Pilate with whip marks on his back and told him to stick it," said Whitehead.

By contrast, he says he does not believe that religious purposes can be accomplished through government and he sees danger for religious leaders in a relationship with government. He said that Hitler initially posed as a Christian leader at a time when "the German church wanted someone to sing their song for them." Hitler, he said, "is still very much relelvant" and "a lot like some of these [present-day] religious leaders."

"Fundamentalists go wrong when they join with government," he said. "You're going to get totalitarianism."

Today's Christian right leaders might be part of such a government, Whitehead said, adding: "They don't have the brains to lead. But they could make good followers."

Rushdoony and Schaeffer
Whitehead told me that he knew well the two men regarded as founders of Chrsitian Reconstructionism, Francis Schaeffer and Rousas John Rushdoony.

Whitehead called Rushdoony a "theonomist," or advocate of "God's law." Rushdoony "would have kids taken out of school and stoned," said Whitehead. Rushdoony, who advocated the death penalty for a range of biblical transgressions, most notably homosexuality, is deceased, but his Chalcedon Foundation continues.

During the interview Whitehead recalled asking Rushdoony whether Judaism and Islam would be permitted under his system and the Reconstructionist saying "yes." But, said Whitehead, he asked Rushdoony, "What if [Jews and Muslims] practiced [their religion]?" And Rushdoony answered: "'That would have to be controlled.'"

Whitehead distinguishes Schaeffer from Rushdoony's extremism. In his essay, he quotes approvingly Schaeffer's caution that "it must be taught that patriotic loyalty must not be identified with Christianity."

Faith-based funding and the "prosperity gospel"
Whitehead's own personal turnabout came after carefully rereading the New Testament, he told me. Out of that study, he said, came the understanding that "Jesus always fought for the poor."

Whitehead said he hadn't initially opposed the Bush administration's faith-based funding initiative, but then he learned that millions of dollars were going to programs run by Pat Robertson, "a zillionaire," instead of to programs supporting unwed mothers and others in need.

Whitehead disparaged the "prosperity gospel" preached by some religious right leaders, saying "I don't see anything [about that] in the gospel of Jesus Christ."

He mentioned the lavishness of the Focus on the Family headquarters in Colorado Springs. "Some of the ceilings are 80 feet high. The cost to heat that would feed a homeless family for a year," he said.

He added that Focus on the Family's magazine won't mention him by name when it writes about his cases.

Whitehead made a case in point about First Amendment groups' involvement in cases like that of New Jersey Coach Marcus Borden, who "just silently bows his head." That involvement, said Whitehead, "enrages the Christian right." Last year Americans United for Separation of Church and State, which is representing the school district, told JewsOnFirst that Borden had a long history of advocating school prayer and there were reports that he was actively praying with the students.

We discussed a Delaware school district where the board's opening prayer has become the subject of litigation. Whitehead said that, before the litigation was filed, the Rutherford Institute "proposed the George Washington prayer, a generic" nonsectarian prayer. The institute's written policy proposal for the district, which Whitehead sent after the interview, proposed that the opening prayer be rotated among board members who may give sectarian or non-sectarian prayer.

During the interview, Whitehead strongly supported the rotation scheme, saying that Jews and other religious minorities should make it a point to participate.

I argued that in much of the country there aren't enough Jews to realistically participate in the prayer rotation that Whitehead was advocating for local government agencies. So Jews will end up conducting their business before a government that has just prayed to Jesus. (The same of course would be true Muslims, Buddhists, Hindus, Wiccans or unbelievers.)

Although Whitehead said he favors the generic, non-sectarian type of prayer in government settings, he noted that he is representing a city council member in Virginia who is suing to overturn a policy that does not allow him to direct a meeting-opening prayer to Jesus. (The Washington Post Magazine reported on it last month.)

Several times in the interview Whitehead advocated broadening religious observance in the public square for all religions. As an example, he suggested footbaths for Muslims to use before they pray. He said he is representing an Orthodox Jewish policeman in Nevada who is suing to maintain a quarter-inch beard and a rabbi in New Jersey whose home prayer meetings have been forbidden by the local government.