As he has in the past, God confided his predictions of major upcoming events to televangelist Pat Robertson. Robertson generously relayed the alerts to his "700 Club" viewers -- and thus to the rest of the world. 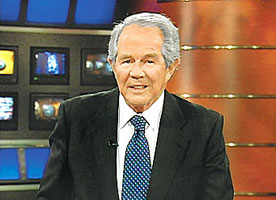 Most notably, there would be an attack by "evil ones" featuring "mass killing," Robertson said. “I'm not saying necessarily nuclear, the Lord didn't say nuclear.” But, he added, “It'll be mass killing, possibly millions of people, major cities."

Given the media's scorn, we wondered what benefit Robertson gets from divulging God's confidences. It couldn't be helping the Christian Coalition he founded, the launch vehicle for the Christian right's electoral power. That organization is faltering toward oblivion.

Rev. Mel White cautions against laughing off Robertson
We turned to Rev. Mel White, the co-founder of Soulforce, an organization committed to ending religiously based bigotry against gays and lesbians. White ghost-wrote Robertson's biography America's Dates with Destiny for the televangelist's 1988 presidential campaign.

White is also the author of a new book, Religion Gone Bad: The Hidden Dangers of The Christian Right. We will post our recorded conversation with him next week.

White cautioned against laughing at Robertson. He said it is important to understand that Robertson "really believes that God does speak to him in a unique way. There is nothing more terrifying than that. When we listen to him, we say 'outlandish.' But when we laugh him off we underestimate the power of this fellow." We must, said White, "come to terms with his sincerity." 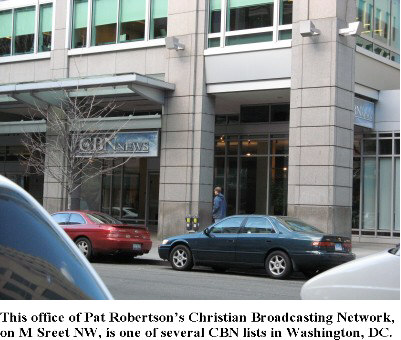 It's also good for business, isn't it? we asked White. He answered that "prophecy helps [Robertson] stay on the air. There are double motives there: he believes it and at the same time he knows it works. These people understand demographics better than any one else in the world."

The media may ridicule Robertson, but, noted White, he "speaks to millions of true believers."

Robertson's Christian Broadcasting Network is his means of communication. We looked at CBN's financial statement, proudly displayed on its website. It posted "ministry support and revenues" of $437.4 million for its 2006 fiscal year, up from 2005.

Robertson's Christian Coalition might be staggering, but the reach of his flourishing broadcast operation is global.