In October 2004, the week before the election, I was walking precincts, campaigning for John Kerry, in Columbus, Ohio. As I trudged up and down porch steps in the city's white working-class neighborhoods, I ran into many other Kerry campaigners. We introduced ourselves and laughed at the "overkill" of our efforts.

We remarked that we'd seen no Republican walkers and no Republican literature. None. And how strange that was. Then we trudged on, careful not to dislodge each other's literature from screen doors. 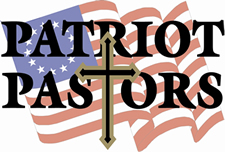 Later we learned that "patriot pastors" Rod Parsley, Russell Johnson and others, had been intensively using their pulpits to register and turn out voters for an anti-gay ballot measure. Many of those "moral values" voters, of course, also voted for Bush. (The Republicans still wouldn't have won Ohio had not Secretary of State Ken Blackwell, a major figure of the religious right, unfairly limited the number of voting machines in Democratic precincts.) We could excuse ourselves for not anticipating the invisible Republican get-out-the-vote.

This time the religious right is doing its pro-Republican campaign work above the radar. Focus on the Family has launched a major effort to register and turn out voters. People For the American Way Foundation, the NAACP, and the African American Ministers Leadership Council have just released a joint report detailing the action plans of the "patriot pastors." So we can't say we didn't see it coming.

The report, The "Patriot Pastors’" Electoral War Against the 'Hordes of Hell,' warns that:

Networks of "Patriot Pastors" organized at the state level by powerful evangelical pastors through so-called "Restoration Projects" are aiming to transform America by applying the significant resources of their churches to political campaigns.

Candidates for public office are judged either godly or tools of Satan depending on their adherence to the pastors’ unforgiving agendas – not only on traditional Religious Right "social" issues such as criminalizing abortion and stripping gay Americans of legal rights, but also on a wide range of economic policies that would limit the government’s ability to pursue the common good. "Patriot Pastor" leaders embrace tax cuts, elimination of the minimum wage, and even doing away with environmental and worker safety regulations on industry. This model of a pulpit-based political machine pushing hard-right politics and candidates has the potential to transform politics across the nation.

The report recounts the success of pastors Parsley and Johnson in organizing their Ohio colleagues to, in turn, organize their congregants in support of Republican candidates and ballot measures.

A network in Texas
It describes how Texas Pastor Rick Scarborough, a rising star on the religious right, is organizing a similar network of "patriot pastors" in support of Governor Rick Perry's re-election. The Texas Freedom Network released a report earlier this year which said that the Texas Restoration Project hosted six well attended pastors' briefings last year. Their goal was "to encourage attending pastors to spread the political gospel of the Christian right and, by all appearances, to help elect anointed candidates."

In Pennsylvania, where religious right favorite Senator Rick Santorum is fighting to retain his seat, a patriot pastor network is getting off the ground, according to The Patriot Pastors’ Electoral War.

Critics -- from both the political and religious worlds -- contend that these church-based political campaigns violate churches' tax-exempt status. An Ohio clergy group has twice complained to the Internal Revenue Service about the patriot pastors in their state. (Please see We Believe Ohio.)

The Texas Freedom Network, which complained to the state ethics watchdog last year about the "patriot pastors'" activities (and has begun a clergy campaign to restore political neutrality to places of worship), noted in its report:

Having pastors engage in political work within their own congregations is a significant evolution away from earlier efforts to organize Christian conservatives. Indeed, the work of groups such as the Moral Majority and the Christian Coalition was limited somewhat by a longstanding reluctance among evangelical pastors to tie their spiritual calling too closely to secular matters such as politics. That reluctance is fast becoming a quaint relic from another time. Today a growing number of these pastors are pushing their conservative political message directly to people in the pews.

Focus on the Family launches voter campaign
Conservative Christians are going even further this year to shore up support for vulnerable GOP candidates in the mid-term elections. On August 11th, Focus on the Family (FOF), generally regarded as the most powerful religious right organization in the US (its leader, James Dobson, is pictured at the left), sent out an email to its supporters calling for campaign volunteers in eight states: Pennsylvania, Maryland, Michigan, Ohio, New Jersey, Minnesota, Montana and Tennessee. There are close races in all of them.

At least two major newspapers — the Washington Post and the Los Angeles Times — reported on the effort. The latter called the drive "massive."

According to the Post, FOF is picking up the mantle of the moribund Christian Coalition, which for years served as the Republican Party's foot soldiers (and in many states took over the party). Both papers noted that the GOP itself mobilized the right-wing churches in 2004, most controversially by asking its supporters to get their churches' membership lists.

In its mailing, FOF said the purpose of its campaign activities is to combat "voter apathy" -- a euphemism for Republicans' sagging poll numbers.

Last week, FOF announced three "Stand for the Family" arena rallies "designed to educate and motivate pro-family conservative Christians in three states where there are important races on November's ballot." The states are Pennsylvania, Minnesota and Tennessee.

Focus on the Family is also participating with other major religious right organizations in a late September "Values Voters" event in Washington DC aimed at charging up activists in advance of the election.

Mobilizing the base
It is too soon to predict how successful the "patriot pastor" and FOF efforts will be at mobilizing enough right-wing Christian evangelicals to compensate for the voters who are profoundly disgusted with the Republicans' mismanagement of the Iraq war, the economy, and the environment, not to mention their corruption.

But anyone trying to estimate the religious right's turnout should not ignore the powerful influence of crowd psychology exerted by "patriot pastors" and groups such as FOF upon their members. The Christocrats are counting on congregrants to take their strong personal identification with a narrow set of "Christian values" to the ballot box this fall.

And, as a FOF spokesman said about the group's upcoming rallies: "There's a special energy that comes about when arenas like these get rocking — and get excited."

In her book Kingdom Coming, Michelle Goldberg described that kind of excitement at Ohio Pastor Rod Parsley's church several Sundays before the 2004 election. She reported how Parsley got the huge congregation dancing, worked them up for over an hour, "talking in tongues," and then when they were "happily worn out," he preached to them:

Those techniques put election volunteers who appeal to their fellow citizens' reason and discernment at a disadvantage. This year, opponents of the religious right's political agenda are going to have to find ways to combat these get-out-the vote tactics, if they hope to elect a new congressional majority.