Alito writes inappropriate letter to Focus on the Family head

Text of letter, obtained by Colorado paper, is below 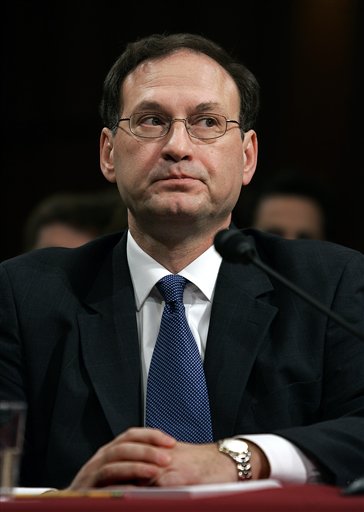 Supreme Court Justice Samuel Alito wrote his thanks to Focus on the Family head James Dobson for supporting his nomination and pledged to "keep in mind" their "trust" in him. Dobson read the letter on his "Family Radio" program on March 1st and confirmed its contents but declined to release it to reporters, according

to the Associated Press.

Americans United for Separation of Church and State castigated Alito in a news release, calling the letter ''grossly inappropriate.'' Said the group's executive director, the Rev. Barry Lynn: ''This note strongly suggests that Alito is carrying out a right-wing agenda instead of being a justice for all.'' Click here for the release.

Text of the Alito letter

The Colorado Springs Gazette obtained a copy of the Alito letter to Dobson, which, with thanks, we reproduce below.

This is just a short note to express my heartfelt thanks to you and the entire staff of Focus on the Family for your help and support during the past few challenging months.

I would also greatly appreciate it if you would convey my appreciation to the good people from all parts of the country who wrote to tell me that they were praying for me and for my family during this period.

As I said when I spoke at my formal investiture at the White House last week, the prayers of so many people from around the country were a palpable and powerful force.

As long as I serve on the Supreme Court I will keep in mind the trust that has been placed in me.

I hope that we’ll have the opportunity to meet personally at some point in the future.

In the meantime my entire family and I hope that you and the Focus on the Family staff know how we appreciate all that you have done.

TOPIC: In The Courts