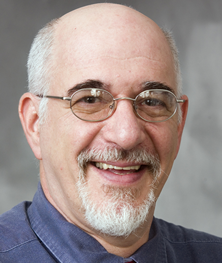 JewsOnFirst.org is pleased to present a two-part interview with Professor Robert Wineburg, the Jefferson Pilot Excellence Professor of Social Work at the University of North Carolina, Greensboro.

Part One is based on Wineburg's 2007 book, Faith-based Inefficiency: The Follies of Bush's Initiatives, a scathing analysis of the Bush administration's inefficient use of more than $1 billion for religiously motivated faith based government funding, which was promoted by the religious right. Wineburg discusses how, prior to the George W. Bush administration, social welfare programs were administerd through mainline religious denominations and their agencies, such as Catholic Charities and Lutheran Social Services. These agencies were scrupulous about avoiding religious discrimination in hiring or the clients they served. However, Wineburg relates, Bush officials re-directed social welfare funds to local religious congregations and inexperienced faith based agencies, many of which were unconcerned about inclusive policies and ill-equipped to respond to the problems people faced.

Part One of the Interview:

Part Two of the Interview

Part 2 of the interview is based in a new book, Pracademics and Community Change: A True Story of Nonprofit Development and Social Entrepreneurship During Welfare Reform, co-authored by Wineburg and Rev. Odell Cleveland. Cleveland, an African-American businessman turned churchman, knows first hand the struggle to overcome poverty. Fourteen years ago, he teamed up with Wineburg, a white Jewish professor imbued with a commitment to tikkun olam ("repairing the world") Judaism. Their collaboration, the Welfare Reform Liason Project, is a $100 million nonprofit workforce development agency that teaches skills that help people get and hold jobs.

More about Pracademics and Community Change: A True Story of Nonprofit Development and Social Entrepreneurship During Welfare Reform here, here and here. Many thanks to Dr. Wineburg for his help and assistance.