"I get demonized and canonized," said Mikey Weinstein, whose lawsuit against the Air Force brought attention to the burgeoning theocratic movement in the US military. While the case wends its way through the courts, Weinstein is barnstorming the country, warning of what he regards as aggressive moves by right-wing Protestant evangelicals to Christianize our government and culture. One religious right leader (he doesn't remember which) recently called him the most dangerous man in America. "They call me Satan's lawyer, and an arch secularizer. Secular is good, I keep telling them." 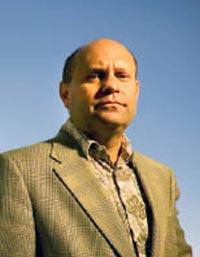 In a telephone interview, Weinstein told JewsOnFirst that these aggressive evangelicals have already established a strong presence in the military and we Jews had better wake up. Not too many Jews, it turns out, are doing the Jewish equivalent of canonizing him.

"We have a religious war going on in this country," he said, and "my brother and sister Jews need to wake up." He decried the refusal of Jewish organizations – with the exception of the Anti-Defamation League – to take the threat of the Christocrats seriously and push back. "In many respects," he said, "they think it can't happen here."

Weinstein a former Air Force officer and a registered Republican (who sometimes votes Democratic), was a lawyer for President Ronald Reagan and for Ross Perot. His family has been in the military for generations, has fought in every war since World War I. His youngest son is a cadet in the Air Force Academy; his oldest son and daughter-in-law recently graduated. He is also an Academy graduate. His father graduated from the Naval Academy. He does not waste praise on the Bush administration.

Suing to stop coercion
As cadets, Weinstein's sons personally experienced religious coercion by aggressive right-wing evangelicals. One son is a plaintiff in the case against the Air Force, along with three fellow second lieutenants. Mikey Weinstein said he expects another plaintiff to join the case soon. But there's an extremely high fear factor.

He said that he gets "thousands of calls" from people in the military who tell him they have experienced religious coercion, but, because of fear, "the vast majority won't let me tell their anonymous fact patterns." Only 117 have agreed to share their experiences – anonymously -- to buttress his lawsuit. Of those, eight are Jews, one is a Muslim, 12 are Roman Catholic and the rest are Protestants who, Weinstein punned "are not used to being prayed on by fellow Christians."

Reports from the Academy over the last several years have told of proselytizing by chaplains and of officers and cadets warning subordinates that they (and their professional careers) would burn in hell unless they accepted Jesus. Jewish cadets told of important events scheduled on major holidays. Outside investigators noted sectarian prayers at official occasions and an overall coercive atmosphere.

Air Force religion guidelines
The case recently gathered renewed attention, in the wake of the Air Force's release February 9th of revised guidelines on religion that delighted the religious right and dismayed supporters of church-state separation. The guidelines replaced interim guidelines from last summer that called for non-sectarian prayers at official events and somewhat limited proselytizing.

Then, stunningly, the Air Force filed the revised guidelines with the federal court in Albuquerque that is hearing Weinstein's suit, offering them as evidence that the case should be dismissed. Weinstein told the Associated Press (click here) that the guidelines were actually a gift to his side of the case. ""They completely, thoroughly violate the Constitution of the United States," he said. "We were wondering how we were going to get these in (the court case). Well, here they are. Thank you, Justice Department."

Evangelical coup in the military
Asked what it was about the Air Force that made it more susceptible to religious extremism than the other branches of the military, Weinstein replied that Christian triumphalism infects the entire military. "The Air Force is just the one I caught." He reminds us that some chaplains are suing the Navy over what they call their right to pray to Jesus, while, as Weinstein puts it, they're wearing their government clothes.

He told the PBS News Hour that the Christianizers had "staged an evangelical coup in the military" and were using it as "a mission field."

In his interview with JewsOnFirst, Weinstein said that on almost every one of the hundreds of US military installations there is an Officers Christian Fellowship. (its website slogan is "Christian officers exercising biblical leadership to raise up a godly ministry.") There is a similar network of fellowships for enlisted personnel, he said. 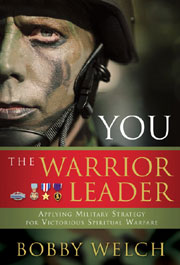 Throughout the military officers are reading You The Warrior Leader: Applying Military Strategy For Victorious Spiritual Warfare by Southern Baptist Convention President Bobby Welch (Broadman & Holman, Nashville, 2004). Generals and admirals are carrying the book around, Weinstein said, which conveys a message to lower ranks.

Military law strictly forbids pushing anything – "not even Amway" – yet, he says it's now "okay that senior members share their view of Jesus" with their subordinates. "No matter how nicely they do that, for the subordinate saying 'Get out of my face, sir,' is not an option."

"It's an imperious contagion of unconstitutional triumphalism," Weinstein said. Every day it gets worse. If we can't beat this imperialist Christianity in the military, then what chance do we have" to beat it in civilian society?

Weinstein recently set up a non-profit organization, the Military Religious Freedom Foundation. It's website will soon be up at www.militaryreligiousfreedom.org

Loving us to death
Asked if he thinks the right-wing evangelicals' support for Israel deters Jews from speaking out, Weinstein replied wryly that these Christians "love us to death." He's alluding to the belief of many Christian supporters of Israel that Jesus will return and "rapture" them to heaven when certain earthly conditions are met, notably the relocation of all Jews to Israel. "I get it all the time," Weinstein said. "I talk to religious right folks all the time and tell them that the rapture is why you love us."

Weinstein does not see the religious right's onslaught as a Christian-Jewish issue, but as one afflicting the whole society. Nevertheless, the Christianizers "don't know what to do with us Jews," he said. "Plan A, they ask us, with a smile, to please accept belief in Jesus. But, inevitably, watch for Plan B, when then stop asking so nicely. Plan B is under way."

He hopes Jews will awaken to see the looming danger. "The most beautiful thing about America is our concept of tolerating diversity. It's a very Jewish concept." But, says Weinstein, it's being bludgeoned and assaulted by the intolerance of the Christianizers.