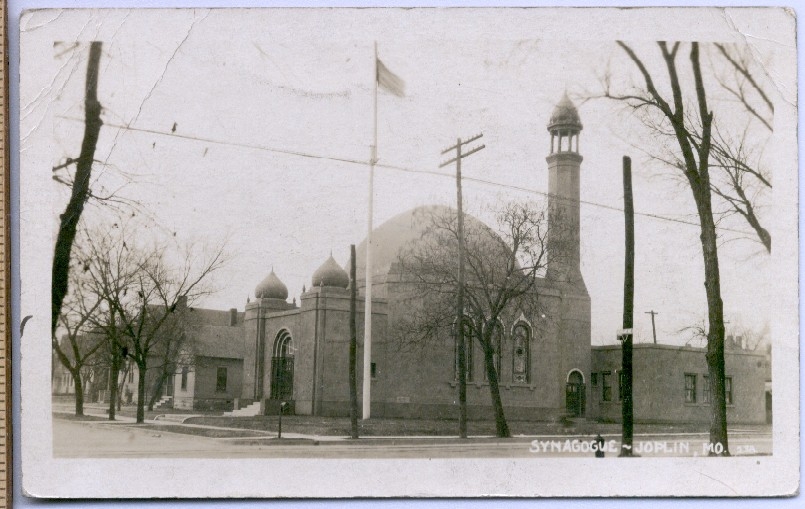 A 1919 picture postcard of the Joplin, Missouri synagogue. The United Hebrew Congregation is currently celebrating the building's 90th anniversary.

We reached Paul Teverow while he was traveling and hope to have a more extensive conversation with him in the future.

Paul Teverow, a leader of the Jewish community in Joplin Missouri, told JewsOnFirst that Jews there are concerned about the legislative resolution that recognizes a "Christian God." 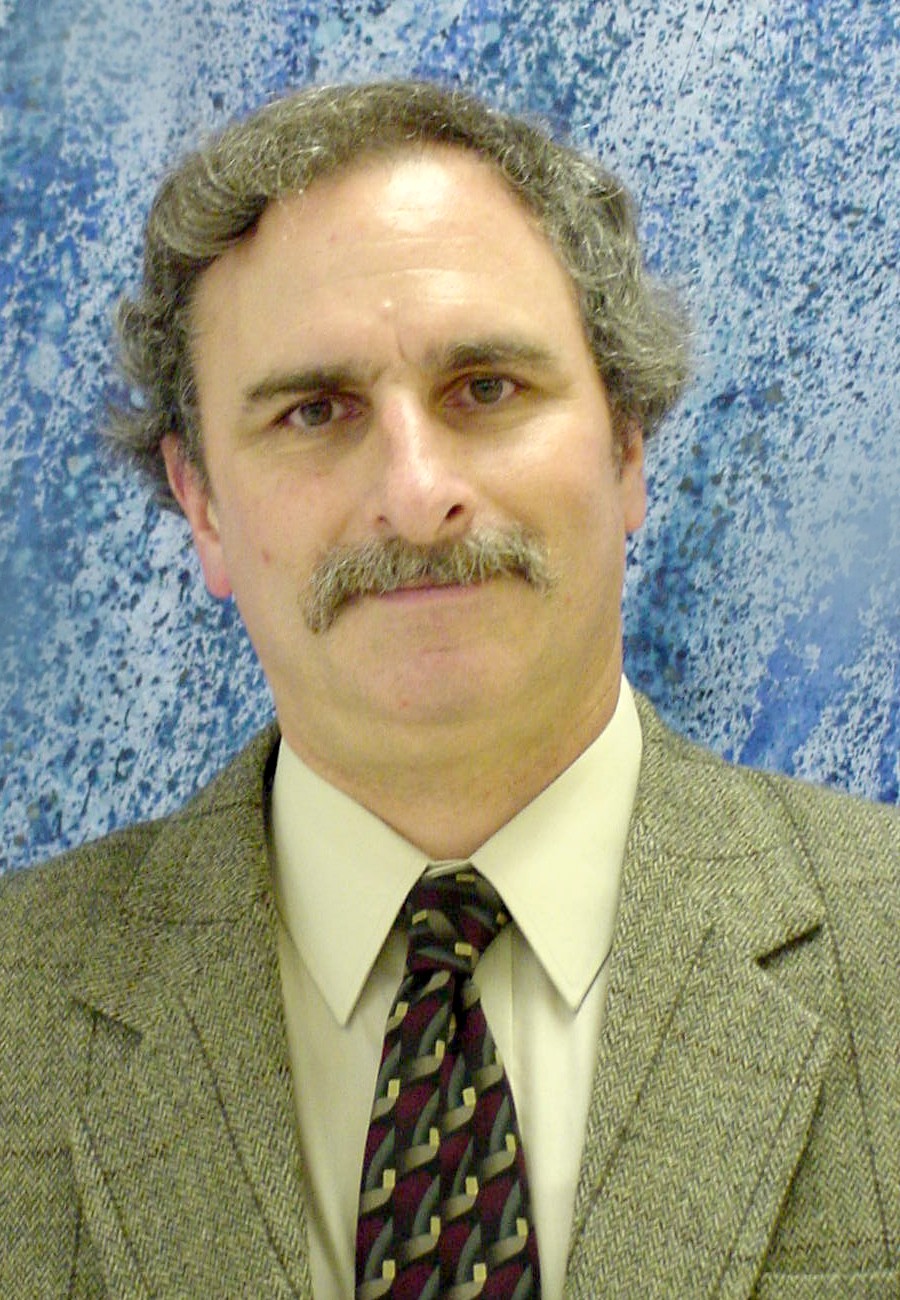 As a history professor at Missouri Southern State University, he placed the legislative measure in the context of a national trend spanning the last two decades in which conservative evangelicals have grown more powerful. That trend has accelerated over the last five years, Teverow said.

He believes that the legislators promoting the resolution are "sincere in their sentiments" and unaware of its impact on other people.

There are few Jews in Joplin. Teverow said that years ago Jews had found employment in the professions and retail establishments when the area was a center for zinc and lead mining. Nevertheless, he said, "even if this Jewish community is not as large as in its heyday, our Temple remains vital and viable. We still hold Shabbat services every week, we maintain a religious school, and have a full program of activities -- including Shabbat morning services, Torah study, introduction to Judaism classes, and adult education -- when our student rabbi visits."

While Jews have always felt welcomed in the area, Teverow said, the community is still quite concerned over the Christian resolution -- even if the sponsors don’t understand how some people would find it offensive.

"Divisive," says Joplin, Missouri lawyer Bill Fleischaker of a measure in the state legislature that would encourage school prayer and recognize a "Christian God." Fleischaker who represents the third generation of his Jewish family in the small, southern Missouri city, told JewsOnFirst in an interview that there will be political ramifications if it passes.

"The resolution is terribly divisive," he said. "We've got enough division in the country right now. This drives a wedge at a time when we all should be pulling together."

He added: "Even though the [bill's] author disavows it, the language of the resolution implies to me that somehow Christianity is the superior, or the approved religion."

Fleischaker does not believe the bill is aimed at Jews. "I don't think it's really being done with Jews in mind." Instead it is a kind of religious one-upmanship. "Everyone is trying to outdo everyone else. Especially the politicians."

There are politicians who would like to legislate Christian measures, he said. "Probably the majority of our legislature would, if they thought they could get away with it." Fleischaker noted that when state legislators recently voted to restore some Medicaid funding, they explicitly excluded funds for family planning.

He suggested that the Christian God resolution is an attempt by conservative Christian groups to make inroads with the legislature. This bill is their "scare tactic," Fleischaker said. "They want to flex their muscles; they're saying [to legislators] 'don't buck us.'"

He would "like to see our political leaders stand up and buck it," but is concerned that elected officials rely too much on the public's pulse and not enough on their own judgment.

The push for religion, he said, "goes with a simplistic view that so many of our problems have to do with a lack of public religion. But churches are thriving."

Fleischaker handles a number of First Amendment cases for the American Civil Liberties Union. In Missouri, the ACLU is viewed dimly, "probably next to Saddam Hussein," he quipped. People condemn the organization for "removing God from school," which annoys him.

"That's not true. The only thing that's prohibited is using state resources -- like employee time -- for prayer." In part, he said, the notion comes from misinterpretation of the Constitution.

Jewish presence diminishing
Jews are a dwindling presence in Joplin. Before World War II, a hundred families belonged to the United Hebrew Congregation of the Reform Movement, the only congregation in town. Now there are 35. This year, the congregation is celebrating the 90th anniversary of its synagogue. "We are fortunate for such a small congregation to have a really fine synagogue," Fleischaker said. "It takes money to keep it up."

Fleischaker believes that, because Jews comprise such a small part of Joplin's population, they don't experience the kind of anti-semitism that arises from jealousy, which might be found in urban areas. "People accept the synagogue and congregation and Jewish people here."

Accepting and understanding, however, are two different things. "There's a lot of ignorance," he said. Before 9/11, some people lumped Jews and Arabs together. Additionally, "some Christian leaders talk about the Jewish people being special and chosen." And "for some, Jew and liberal go together."

Fleischaker notes that most of his family was Eisenhower Republicans and he himself is probably more libertarian than liberal — but "a strong believer in the First Amendment."