Jewish Organizations in Dialogue with Air Force on Chaplain Guidelines

Four major Jewish organizations have responded to an Air Force invitation for input on the development of a training program to implement guidelines on religion. Their letter, sent June 13th, is the latest development in the struggle over religious coercion by right-wing Christian evangelicals at the U.S. Air Force Academy in Colorado. The Jewish leaders have limited power to shape change at the academy, but they are optimistic. 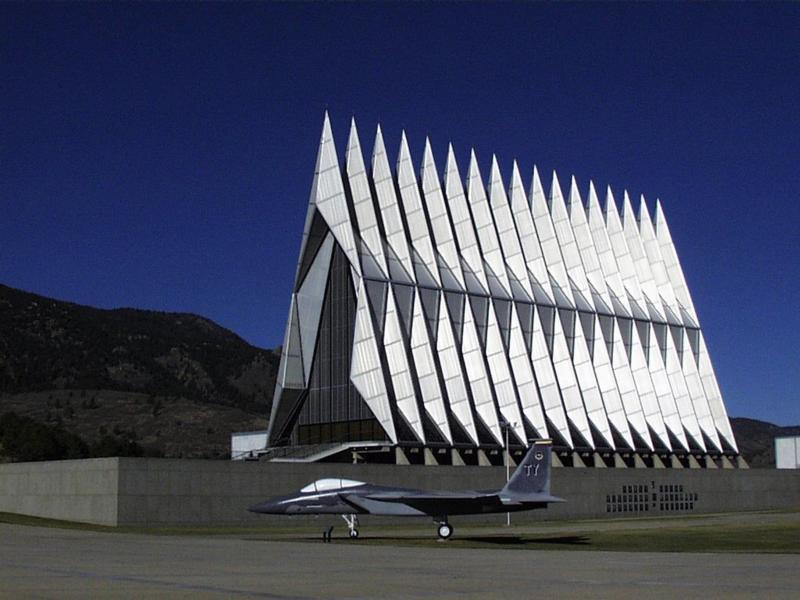 The invitation and the Jewish response, the outgrowth of an April meeting between Jewish leaders and Air Force Secretary Michael Wynne, indicates that "the leadership of the Air Force gets it," said Richard Foltin, legislative director and counsel of the American Jewish Committee. In addition to the committee, the Religious Action Center of Reform Judaism, the American Jewish Congress and the Anti-Defamation League signed the letter.

The Air Force leadership, Foltin told JewsOnFirst, has committed itself to creating a situation in which higher ranking officers never give their subordinates "the sense that their future careers depend on their religious perspective."

Pluralists contend with religious right
Over the past year since the exposure of religious intolerance and anti-Semitism at the Air Force Academy, Jewish and Christian advocates of pluralsim have contended with right-wing evangelical Christians to influence how the Air Force addresses the situation.

Three times, the Christocrats have prevailed. Last June they denounced -- and derailed -- Democratic calls for Congress to instruct the Secretary of the Air Force to develop a plan to address "coercive and abusive religious proselytizing" at the U.S. Air Force Academy.

Last August, the Air Force issued guidelines for its chaplains that would have clamped down on religious coercion by officers and senior cadets at the Air Force Academy. Religious right organizations mounted a major campaign for the "right" of chaplains to "pray according to their faith" -- code for sectarian prayers to Jesus -- at mandatory official occasions.

Congress and the White House responded to the religious right and, as a result, the Air Force issued revised guidelines in February which gave chaplains the "religious freedom" to deliver sectarian prayers at events where attendance is mandatory.

This May, congressional Republicans killed an amendment to the military authorization bill that would have required military chaplains to show greater sensitivity to minority faiths.

Civil liberties organizations denounced the February guidelines. But Jewish organizations, with the exception of the Anti-Defamation League (ADL), "welcomed" them.

"Jewish organizations said the original [August] guidelines were better," said Foltin of the American Jewish Committee. "We preferred the specificity and detail."

Jewish organizations between opposing forces
The organizations are caught between the Republican government and Mikey Weinstein, an Air Force Academy graduate who is suing the Air Force to make it change its policy. He is also running a public campaign for more stringent controls on religious activity in the Air Force. He sees little of value in the February guidelines.

Weinstein told the New York Jewish Week, “I’ve had it with Jewish groups,” with the exception of ADL director Abraham Foxman, whom he called “somewhat supportive” of his lawsuit.

Last week the Jewish Telegraphic Agency quoted the director of the ADL and Foltin characterizing as "good cop-bad cop" the contrast between their engagement with the Air Force and Weinstein's militant campaign. The JTA quoted Foxman saying that Weinstein has "certainly brought the issue very dramatically to the fore and for that we are all grateful. We’re giving the Air Force some slack, but there’s nothing wrong with suing — maybe it helps."

Weinstein, who recently organized the Military Religious Freedom Foundation, told the Jewish Week that the Bush administration has “turned the Marine Corps, the Army, the Navy and the Air Force into a faith-based initiative.”

Prayer in official settings
In last week's letter, the organizations revisit the most contentious point of the February guidelines, which recognized the "right" of chaplains to promote their own religion to captive audiences.

...[W]e know that an important and indispensable, but for some, controversial, aspect of the Guidelines are the limits on the “right” of chaplains to pray as they see fit using particular or parochial forms, even at official events at which attendance is mandatory. We believe no such right exists, and if chaplains were to pray in particularistic fashion in the latter circumstances they would be violating the rights of their listeners.

The bulk of the letter, however, is devoted to very specific suggestions about the types of training materials that would best suit the Air Force's particular institutional needs -- most notably its hierarchical organization and "the group living and military rituals which are so crucial to the effective functioning of the military." The writers emphasize that it is urgent

to alert supervisors that whatever their intentions and perceptions, those they supervise (and rate) may perceive any discussion of religion by the supervisor as inherently coercive. The greater the gap between ranks, the greater the likelihood of this perception existing. At some point, the gap may be so great as to justify even a total ban onreligious speech. No matter what a three-star general or drill sergeant says to newly commissioned second lieutenants or recruits about the voluntariness of his endorsement of a particular religion, those hearing religious remarks from a person of such rank will not likely regard them as an invitation that can be refused.

In the letter, the organizations also advocate the use of "materials designed to introduce college and high school students to the problems of living and functioning in a diverse environment."

Measuring progress
According to Richard Foltin, there is no formal monitoring process of the training program in place. "But we all know how public [the situation at the Air Force Academy] became," he said. And if the guidelines are not implemented, "we're all going to hear about it."

He acknowledged that if the Air Force makes progress in implementing the guidelines, "it's probably going to draw criticism from those on the right."

"We will be watching carefully," he said.

Foltin would not comment on the prospects for a more Democratic Congress coming out of the November 2006 elections that would, presumably, not cater so readily to the religious right. The American Jewish Committee is a non-partisan organization, he said. "We take the House as it is."


Click here for the letter the four Jewish organizations sent to Gen. Allardice (a PDF document).