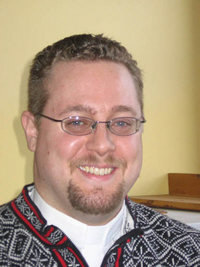 In our post-Holocaust era, many Jews have identified with the State of Israel as their last line of defense should the community again come under the threat of eradication. Most Christians, especially in North America, are unable to begin fathoming this possibility. Their communities simply have not been under such a threat. The typical American lack of historical literacy makes it difficult for many of us to comprehend the Jewish community's active memory of the Holocaust—even among Jews who did not have family members directly affected by those horrible events. Given the active nature of Holocaust memory and what for many Jews is therefore a deeply existential attachment to the State of Israel (even if they have no intention of becoming Israeli citizens), mainline Christians working to responsibly critique Israeli policies affecting Palestinians are often surprised at Jewish suspicion or immediate rejection of their efforts.

During the past several years, many mainline denominations, including the Evangelical Lutheran Church in America (ELCA), have sought to engage questions of justice related to Israel/Palestine. These efforts have often been accompanied by long, sometimes painful conversations with Jewish dialogue partners.

Even more recently, many of us engaged with Middle East concerns have begun the process of critiquing Christian Zionism, a movement within American evangelicalism and fundamentalism dedicated to promoting political support for the State of Israel. Critiquing Christian Zionism is to address a phenomenon related to the Israeli-Palestinian conflict rather than the conflict itself. Nevertheless, this activity may raise suspicions among some Jews about the possibility of anti-Jewish or anti-Israeli bias. From some Jewish viewpoints, mainline critiques of evangelical political positions favorable to the State of Israel are practically indistinguishable from direct criticisms of the Jewish state (as expressed, for instance, in efforts toward divestment from companies profiting from Israeli policies in the Occupied Palestinian Territories). Because of the active memory of the Holocaust, many Jews perceive direct criticisms of the State of Israel as attacks on the possibility of Jewish existence, no matter the spirit of the critique.

Jews are understandably nervous when Christians begin the process of theologizing their empowerment or their existence; Christian complicity in the Holocaust has taught Jews that Christians are capable, in fact, of theologizing them into disempowerment or even nonexistence. A first step in responsibly engaging theological critiques related to Israel/Palestine, therefore, is to approach the questions in humility rather than arrogance.

For ELCA Lutherans, a good place to start is the "Declaration of the ELCA to the Jewish Community,"1 adopted in April 1994. Noting especially the "anti-Judaic diatribes" found in Martin Luther's later writings, the Declaration confessed "the complicity of our own tradition within this history of hatred" and expressed "urgent desire to live out our faith in Jesus Christ with love and respect for the Jewish people."

The humility modeled in this statement can carry over into Christian thinking about the proper Jewish and Palestinian relationship in the land of historic Palestine. When Christians begin traveling down lines of thought which argue that Jews should again be removed from the land because they have failed to properly observe the Torah's demands of justice, Jews understandably can become quite nervous and irritated. 2

Refusing to theologize the existence of either Jews or Palestinians is one way to demonstrate humility. We must engage these conversations not as 'righteous innocents' but as 'empowered perpetrators,' knowing that our personal and communal legacies witness against us. Our complicity in the suffering now engulfing both Israelis and Palestinians goes beyond the implications of government policy. Though repudiating both, we inherit a tradition of theological anti-Judaism and a legacy of murderous anti-Semitism, two factors that led to the founding of Israel as a modern nation-state and the subsequent displacement of Palestinians. In more ways than we like to admit, the situation in Israel/Palestine is a product of our own doing. 3

Recognizing that the conditions of the Israeli-Palestinian conflict are largely of our own making gives us the opportunity to take constructive, self-critical steps to address it rather than only pointing the accusing finger at either Israelis or Palestinians or their diaspora communities. This is the spirit in which we make our critique of Christian Zionism. It is a product of the North American context, an outgrowth of mid- to late-nineteenth century theological and political developments.

But the issue of Christian Zionism itself takes us back into important conversations concerning proper Jewish-Christian relations, questions related to but not entirely dependent on our views on the State of Israel and its policies toward Palestinians.

Perhaps the most important of these questions involves "supersessionism," or "replacement theology," the idea that the Christian relationship with God has replaced or superseded the Jewish relationship with God. In our post-Holocaust era alarms sound when Christians speak of Jews being "replaced as the people of God." As it is put by Franklin Littell, a pioneer of post-Holocaust Jewish-Christian relations, "To teach that a people's mission in God's providence is finished, that they have been relegated to the limbo of history, has murderous implications which murderers in time will spell out." 4

Christian Zionists, drawing from the system of biblical interpretation known as premillennial dispensationalism, assert that the covenants made by God with Jews, as a people, are not only eternal, but that they are entirely separate from the covenant between God and Gentile believers. This arrangement is sometimes referred to as "dual covenant" theology. Any other understanding of the relationship, Christian Zionists argue, is a variation of supersessionism. Moreover, their theological system allows them to publicly disavow any effort to convert Jews; this feature alleviates many Jews' anxieties about conversion as yet another means for diminishing the strength of the Jewish community.

The Christian Zionist interpretation of the biblical relationship between Judaism and Christianity is as innovative as their doctrine of the secret rapture of born-again Christians before the world descends to Armageddon.. The most sustained biblical conversation on this topic comes from Paul in Romans 9–11. The language Paul uses there is far more complex than a simple division between "dual covenant" and "supersessionist" options. Indeed, his argument is almost paradoxical. In Romans 11, Paul speaks directly to Gentile Christians: "But if some of the branches were broken off, and you, a wild olive shoot, were grafted in their place to share the rich root of the olive tree, do not boast over the branches. If you do boast, remember that it is not you that support the root, but the root that supports you" (vv. 17–18). The "root" here is the preexisting covenant with Jews into which the Gentile believers have been grafted by faith. Still speaking to Gentiles, Paul, joyfully identifying himself as a Jew, affirms both the Jewish covenant and the eternal promises of God: "as regards election they are beloved, for the sake of their ancestors; for the gifts and the calling of God are irrevocable." (11:28–29)

In this section of Romans, it is difficult to defend either a strict supersessionist or strict dual covenant understanding of the relationship of Judaism to Christianity. As is often the case, the complexity of the biblical witness on these matters is far more trustworthy than the simplicity of our categories.

We must not allow our theological reasoning to be dictated by political expediency or even by our deep friendships. Our theologies of interfaith relations have a great deal to say about our fundamental commitments, that is, about our fundamental interpretation of the Gospel. To change such fundamental theological categories simply to smooth over rough spots in relationships is a theological method of doubtful integrity. Nevertheless, we must be cognizant of our post-Shoah context, understanding that some Christian theologies concerning the status of Judaism have been used against Jews. These examples of Christian triumphalism must be repudiated as unbiblical.

Christians should be aware that there is a spirited conversation among Jews around the world about their proper approach to Christian Zionism. On one hand, the unconditional support of the State of Israel is most welcome, especially with the perceived rise of anti-Semitism in Europe and the increased willingness of mainline Christians to criticize Israel. 5 On the other hand, as ADL director Abraham Foxman has cautioned, while still accepting any expression of support for the State of Israel, Christian Zionists support domestic policies at variance with many Jewish political tendencies. 6 Moreover, Christian Zionists come from evangelical and fundamentalist Christian communities themselves long associated by Jews with anti-Semitic tendencies. 7

This contemporary debate in the Jewish community echoes a similar debate in the immediate post-Holocaust era, when some Christian and Jewish leaders were attempting to construct what we now know as the "Judeo-Christian tradition." At the time, linking Jews and Christians together in political awareness was a very new idea. While some Jews, for instance Sholem Asch, in his 1945 pamphlet, One Destiny: An Epistle to the Christians, urged the acceptance of this new arrangement, 8 many Jews argued strongly against others in their own community who decided to join with Christian political power so soon after that power had crushed their people in the Nazi concentration camps and crematoria. As late as 1963, Arthur A. Cohen (who would later write The Tremendum) argued in The Myth of the Judeo-Christian Tradition that the "tradition" simply didn't exist. 9

The debate within the Jewish community about Christian Zionism comes at a time when Jewish critiques or rejections of Zionism are themselves under increasing attack. The pamphlet produced by the American Jewish Committee, Progressive Jewish Thought and the New Anti-Semitism, is a recent example of attempts to suppress Jewish dissent.

There is an important lesson here for Christians seeking to be responsible in their criticisms of the State of Israel. Many of us assume that because the Jewish state is thoroughly established, its protection ensured through its partnership with the United States, concerns about its "existence" are over-stated. The intensity of Jewish concern over strategic partnerships with Christians and the intensity of rebukes against Jewish dissenters should provide a clue to Christians that many Jews see these topics as matters of grave existential concern. Christians should be aware of these tensions, both for comprehending the complexity of thought within the Jewish community and for respecting its continued suspicions concerning Christian power.

This is a complex conversation. To simplify, however, some Jews are encouraging their communities to migrate their energies in Jewish-Christian relations away from mainline Christians and toward evangelical and fundamentalist groups. These arguments have been present since the resurgence of Christian Zionism in the late 1970s and early 1980s. Christians must understand that these struggles are not merely political; for Jews, they are conversations with bearing on very real concerns for communal survival.

Recommended reading:
Both David Brog and Zev Chafets are Jews invested in promoting the Jewish relationship with Christian Zionism. Brog is the main lobbying in Washington, DC, for CUFI (Christians United for Israel). David Brog, Standing With Israel: Why Christians Support the Jewish State (Lake Mary, Fl.: FrontLine, 2006); and Zev Chafets, A Match Made in Heaven: American Jews, Christian Zionists, and One Man's Exploration of the Weird and Wonderful Judeo-Evangelical Alliance (New York: HarperCollins, 2007). Especially interesting for comprehending the Jewish debate on Christian Zionism are the facing columns from Chafets and Anti-Defamation League national director Abraham Foxman in the 16 January 2007 issue of Time Magazine.

Other recommended titles: Mark I. Pinsky, A Jew among the Evangelicals: A Guide for the Perplexed (Louisville, KY: Westminster John Knox, 2006); and Amy-Jill Levine, The Misunderstood Jew: The Church and the Scandal of the Jewish Jesus (San Francisco: HarperSanFrancisco, 2006). Levine is especially concerned with the anti-Jewish images she identifies in liberation theology. One example particularly disturbing to her is the work of Naim Ateek, a Palestinian Anglican priest.

The Rev. Robert O. Smith is Lutheran Campus Pastor at the University of Chicago. He is the Northern Illinois coordinator for Churches for Middle East Peace. With Charles P. Lutz, he is author of Christians and a Land Called Holy: How We Can Foster Justice, Peace, and Hope (Fortress, 2006).