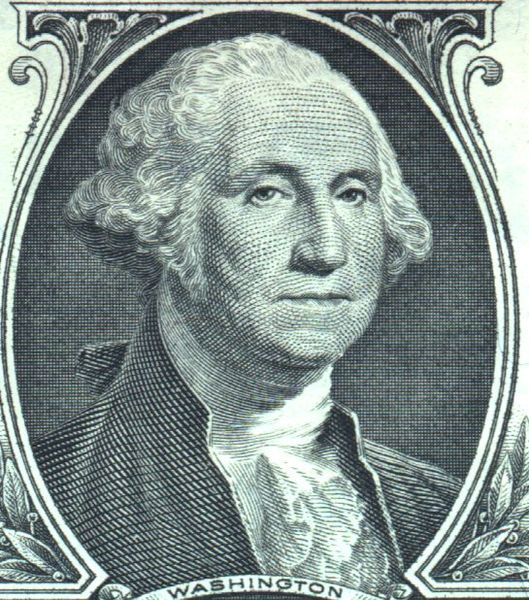 In its "merger" with or "takeover" of the Republican Party, the Evangelical Christian Right has made no secret of its nationalistic agenda: returning America to its "Christian roots" and setting the stage in the Middle East to jumpstart the return of Jesus...

Such luminaries as Jerry Falwell, Pat Robertson and, most recently, John Hagee view the world as in two camps -- good and evil....The "good" people are born-again Christians and settler or religious Jews in Israel (for the moment, at least)... The "evil" people are Evangelicals who might vote Democrat, Democrats, non-Orthodox Jews, liberals of all stripes and everyone else...

The practice of stereotyping nations as good or evil because of the religious beliefs of its citizens threatens to destroy the great American experiment and thrust the world into chaos ... Nevertheless, this practice is showing signs of resonating with our nation’s leaders, particularly within the Executive branch...

George Washington, arguably the most effective of the "Founding Fathers," offered in his farewell address a few thoughts on the dangers of ideological ties or antipathies with any nation ... His thoughts will be applied in this essay to the dangerous and selfish aims of Christian Zionists in their insistence on substituting land for national sovereignty...

Observe good faith and justice toward all Nations; cultivate peace and harmony with all ... Religion and Morality enjoin this conduct..."

It was good faith and justice that became the springboard for the 1947 UN Resolution of statehood for the Jewish people. On the heels of one of the most heinous crimes in human history -- the attempted annihilation of European Jews by the Nationalist Right and the pogroms by the Soviet Left, good faith and justice demanded that Jews all over the world be granted a homeland of choice.

The Six-Day War in 1967 changed the dynamics in the region. The of the State of Israel's victory was understood as theological 'sign' in the "end time" tradition of many Evangelicals.

The Christian Right in America seized on this opportunity to declare the territories Israel captured as God’s promise to Abraham. Its influence over American foreign policy is more far reaching than is understood by the American public, being heavily augmented by the bipartisan lobbying activities of the American Israel Public Affairs Committee (AIPAC).

President Washington urged our new nation to maintain an objectivity that would permit us to mete out good faith and justice toward the citizens of all nations. Having long ago lost that objectivity in its favoritism toward Israel, America now finds itself in a position of defending from afar the actions of the Israeli government.

Christian Zionists have joined the fray by funding the West Bank settlements of Jews and declaring the borders that Israel occupied as a result of the 1967 war as God-ordained. In that regard and in others, they have challenged their own premise of adhering to the intent of the founding fathers by ignoring Washington’s plea for "religion and morality to enjoin" the conduct of good faith and justice.

"Nothing is more essential than that permanent, inveterate antipathies against particular Nations, and passionate attachments for others, should be excluded; and that, in place of them, just and amicable feelings toward all should be cultivated...The Nation, which indulges towards another an habitual hatred, or an habitual fondness, is in some degree a slave..."

The fondness that America showed in past years for the Saddam Hussein regime in Iraq as a stabilizing influence in the region after the Iran Hostage Crisis is lost on the American people. Lost, as well, is the history of the American government in propping up the Taliban to push back the Soviet invasion of Afghanistan. In both cases, a habitual fondness evolved into habitual hatred, making us, "in some degree a slave."

Al-Qaeda, the alliance of Sunni Islamist terrorist organizations, was funded largely by patrons in Saudi Arabia, an oil-rich nation for whom the United States has exhibited a habitual fondness, making us slaves not only to Saudi Arabia but to fossil fuels.

"A passionate attachment of one Nation for another...gives to ambitious, corrupted, or deluded citizens (who devote themselves to the favorite nation) facility to betray or sacrifice the interests of their own country..."

In this case, the "ambitious, corrupted, or deluded citizens" are those who have elevated the words of the Bible, taken out of context, over justice and mercy demanded by the "Word" of both Testaments in the Bible. These words, cleverly crafted into a legal mandate and dispersed of late as best-selling 'end-of-days rapture' books, became superior in their legal standing to the very Constitution written by the Founding Fathers venerated by the same Christian Right that sees in Israel the end of history.

For the Christian Zionist, God’s blessing on America depends, not on its fairness, its faithfulness nor its dedication to truth and justice. Instead, His blessing is contingent, one-on-one, to America’s commitment to the borders of Israel secured in the 1967 War.

The remarkable irony of this posture is that all this, in the Christian Zionist’s theology, will hasten a Middle East Armageddon, trigger the Second Coming of Christ and rescue properly born-again Christians and Christ-accepting Jews while annihilating all others, including non-believing Americans.

One can come to no other conclusion, then, that the Christian Zionists are out to sacrifice the interests of their own country to a less-than two-hundred year old eschatology, or study of last things.

"Such (passionate) attachments are particularly alarming to the independent Patriot...They tamper with domestic factions, to practice the arts of seduction, to mislead public opinion, to influence or awe the Public Councils..."

True patriotism being the professed agenda of the Christian Right, such activities as we have noted in their devotion to profiling good and evil peoples ought to be, according to Washington, "alarming to the independent Patriot."

Through the vehicle of the media and under the protection of freedom of speech and religious expression, the Christian Right and its political action committee, the Republican Party, has indeed tampered with domestic factions, practiced the arts of seduction and awed the Public Councils.

The American people, assuming that such anomalies as the 50's Communist witch hunts and the blandishments of the Patriot Act, are temporary and will fade in the next Administration, ought to be alarmed as it witnesses the Democratic Party cozying up to the megachurches.

The Christian Zionist influence over both domestic and foreign policy is widespread and endemic.

"Real patriots, who may resist the intrigues of the favorite, are liable to become suspected and odious; while its tools and dupes usurp the applause and confidence of the people, to surrender their interests..."

Those Evangelicals and mainline Protestants and Catholics who stand true to their faith but brook no affiliation with the Republican Party are branded as "not real Christians." As such, they, along with non-believing Jews, are destined to become cannon fodder at Armageddon or its aftermath. Republicans who fail to believe in the theocratic agenda of the Christian Right are branded RINO’s, Republican’s in Name Only. 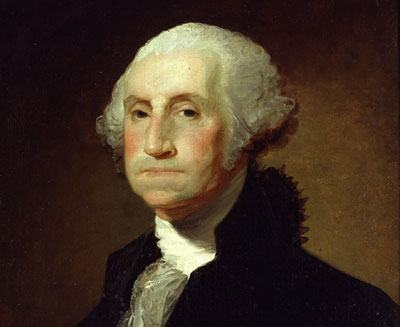 Real patriots, by Washington’s reckoning, may well be those people of reason who stand up against the racket in the public square.

"The great rule of conduct for us, in regard to foreign nations, is, in extending our commercial relations, to have with them as little political connection as possible...So far as we have already formed engagements, let them be fulfilled with perfect good faith. Here let us stop...

It may be too late, Mr. President.

*Dr. Stan Moody, an evangelical Baptist minister and founder of the Christian Policy Institute, is the author of McChurched: 300 Million Served and Still Hungry and Slouching Toward Armageddon, an essay for JewsOnFirst.org.