A JewsOnFirst Discussion of The Dynamics of Doomsday Events with Prof. John Hubers 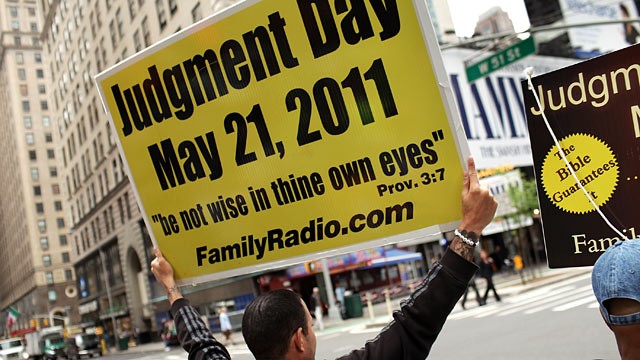 When the "Rapture" or "Doomsday" predicted for May 21st by fundamentalist preacher Harold Camping became national headline news, we thought it would be useful to explore the underlying dynamics of such events. We turned to John Hubers, a professor of Religion at Northwestern College in Orange, Iowa, who observed that "doomsday soothsayers" offer structure and certainty to followers whose ranks swell in times of uncertainty. He also noted the effect on many Christians of end-times novels and discussed the difference between Camping's predictions and the end times beliefs of Christian Zionists. Hubers' responses to our written questions appear below.

JewsOnFirst: These doomsday events occur repeatedly despite never coming to pass. They seem to be a feature of religious fundamentalism. What religious needs do doomsday preparations serve?

Prof. John Hubers: It is telling that both John Nelson Darby, who is seen as the inspiration behind the kind of biblical exegesis that leads to this kind of End Times speculation (certainty?) and his protege Harold Camping (the now failed prophet) were trained as engineers before becoming pastors.I point this out as this may be one of the things these kind of doomsday preparations serve -- to give a kind of organizational, structural certainty that people who need such things crave. Because they are believing Christians who seek inspirational authority in the Bible (which they tend to approach as a kind of engineering textbook laying out in detail how the universe operates and what it will take for those of us who use it as our guide, to work within the organizational guidelines it offers), what they find is the very organizational structure they seek, or at least treat the Bible as though it gives them this structure.

When those who have this kind of craving come across the mysterious apocalyptic texts of the Old and New Testaments -- Ezekiel, Daniel, Revelation -- their impulse is to find within their mysteries a discernible pattern that can be added up and multiplied and divided in such a way that a predetermined plan can be discerned. It's as though they've been given the Designer's blueprints that simply require a structural guide to implement, and they are more than willing to provide that guide.

All they need now is a group of people whose sense of foreboding about the future, particularly in times of political or social turmoil, leads them to jump to attention at the sound of someone speaking with certainty about Biblical truth ("The Bible says. . ." "God says . . . " -- people like Camping always use this kind of language). In this case what is being fulfilled is less the need for structure as the need for certainty. It's a deeply human need, of course, the hunger for certainty, but these Christian leaders tend to attract those whose needs for certainty are even more pronounced than most.

JewsOnFirst: How does this week's promised rapture differ from the rapture which is a central feature of Christian Zionism? 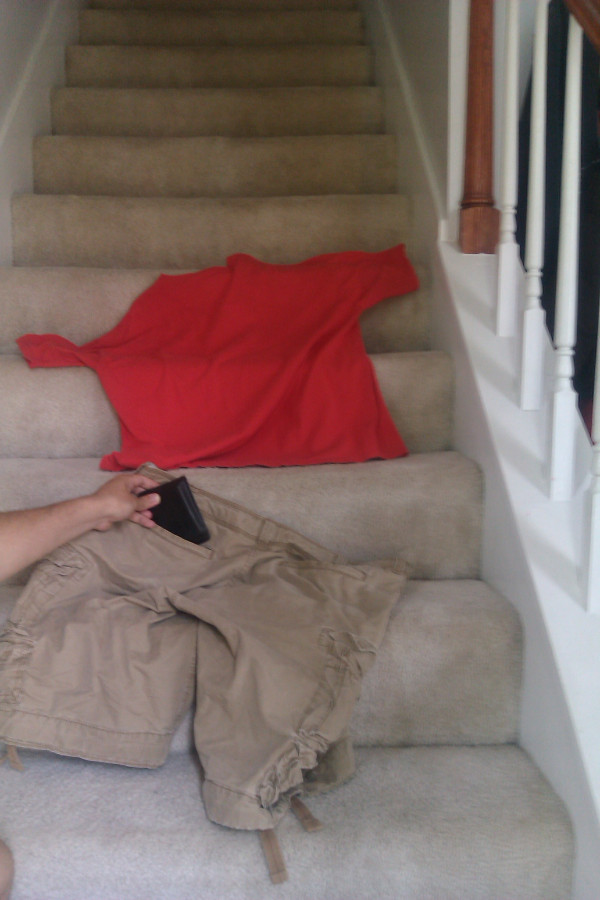 Prof. John Hubers: The best way to answer this is to note that other Christian Zionists are not happy with what Camping has done. In fact, Bill Berkowitz, who has been covering the Christian Zionist phenomenon for some time now, has a very perceptive article that I just put up on our website, www.ChristianZionism.org that notes why other Christian Zionists find Campings' predictions problematical, and something they refuse to do. There is a bit of cynicism in Berkowitz's article that I don't necessarily share -- the sense that Christian Zionists are all carnival hucksters knowingly duping folks for their own ends -- but his basic premise, that most Christian Zionists will not engage in predictive prophesy is correct, some for the reasons he gives; others because they do take seriously what Jesus says: "As for the end no one knows when it will come, not the angels in heaven, not even the Son of Man. . . . It will come as a thief in the night." In other words, while hardcore dispensationalist Christian Zionists like Hagee do believe that the signs of the times point to the imminant End of the World, they, at the same time, believe that no one is going to figure it out. Camping is on the fringe of the fringe in this sense.

JewsOnFirst: Did any Christian Zionist leader comment on Camping's prediction?

Prof. John Hubers: There are two ways to answer this question. Would we expect to find this kind of predictive eschatology in any of the mainline denominations? The answer is a definite "no!" It is theologically and exegetically anathema to mainline Christians to indulge in this kind of End Times speculation. However, the question: "does it reach into mainline denominations" could also be answered by speaking about the influence popular books written from this perspective (the perspective of pre-millennial dispensationalism) have had on many Americans, including those who are members of the mainline churches. Hal Lindsey's Late Great Planet Earth was the best selling non fiction book of the 70s, bar none. That means that a whole lot of people were reading his speculations on the End. More recently the Left Behind series of novels, which were reflective of this same kind of End Times speculation, proved to be almost as popular.

What this means is that, particularly those who are more evangelical in their leanings -- a term (evangelical) which is less definitive of a particular group of churches than a certain attitude that reads scripture more literally and authoritatively and puts great emphasis on evangelism as a normative expression of the Christian faith -- can be drawn to this teaching, particularly since mainline pastors rarely speak about the End in any kind of specific way. Avoiding the subject, in other words, allows these voices that speak with great certainty to get into the heads of people who may not even understand the theology that undergirds it. This is seen in polls that show that a majority of Americans no matter what religious background, believe that the world will end sooner rather than later, and that it is somehow related to the creation of the state of Israel, a key factor in the speculations of the dispensationalists.

So officially we're against it. But unofficially this kind of teaching can have great appeal, or at the very least curiosity value.

JewsOnFirst: Our thanks to Prof. Hubers.